Ever heard of ‘dessertarians’? According to the Urban Dictionary a dessertarian is “a person who only eats desserts, especially for sanity, moral, religious or health reasons. A dessertarian may or may not abstain from the consumption of other foods. A dessertarian is sometimes seen as hangry. Women (and some men) of all ages may practice dessertarianism as a fad diet or when trying to overcome heartbreak”.

If you are a dessert lover too, you should – at least once in your life – visit Dessance. This unique restaurant masters the art of ‘la cuisine du sucre naturel’ (the kitchen of natural sugar) and is the first dessert restaurant in Paris. Don’t expect tiramisu or waffles with whipped cream. Dessance offers multiple courses which are sweetened by using seasonal fruits and vegetables. I visited Dessance for the first time in January 2015, back then we chose a menu which was as well savoury as sweet. At that time, we were slightly jealous when delicious dishes were passing by at our neighbour’s table, which were not included in our menu. So, when we went back in September 2016 we decided to go all out with 6 courses of natural sweetness. This time I knew we should concur a seat behind the bar so we had a straight view into the kitchen. It is great to see with how much focus and attention the courses are being prepared. Every portion is like a little artwork and because of the incredible flavour combinations surely also taste like one. Whoever thinks that food can’t be art is just terribly wrong in my opinion. To make a long story short, let the pictures do the talking: 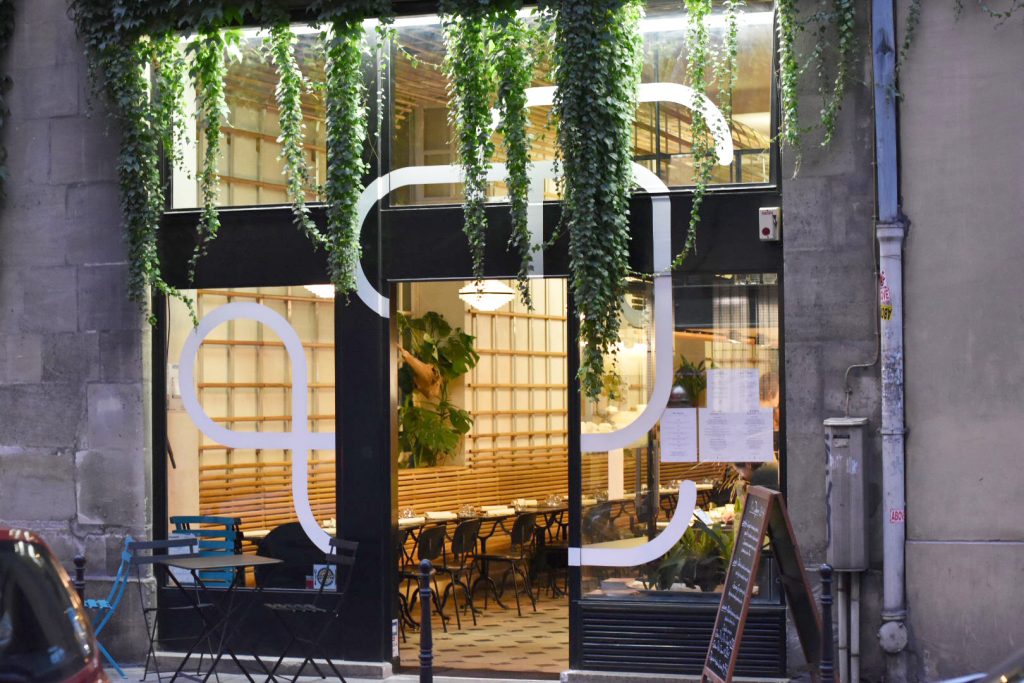 Situated at a quite street in Le Marais, Dessance’s impressive facade makes a lot of heads turn. 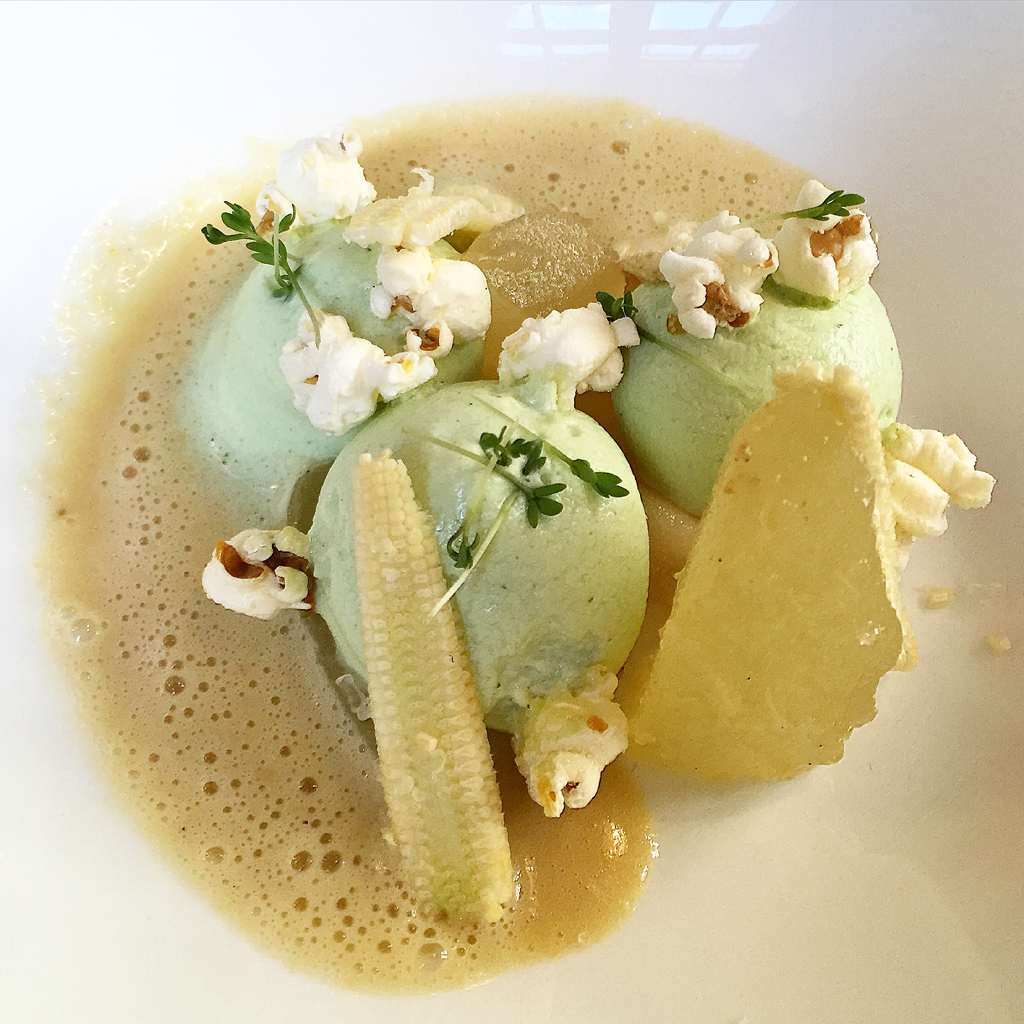 A course from 2015: an all-corn inspired dish with popcorn, a foamy corn soup, baby corns and dille-icecream. 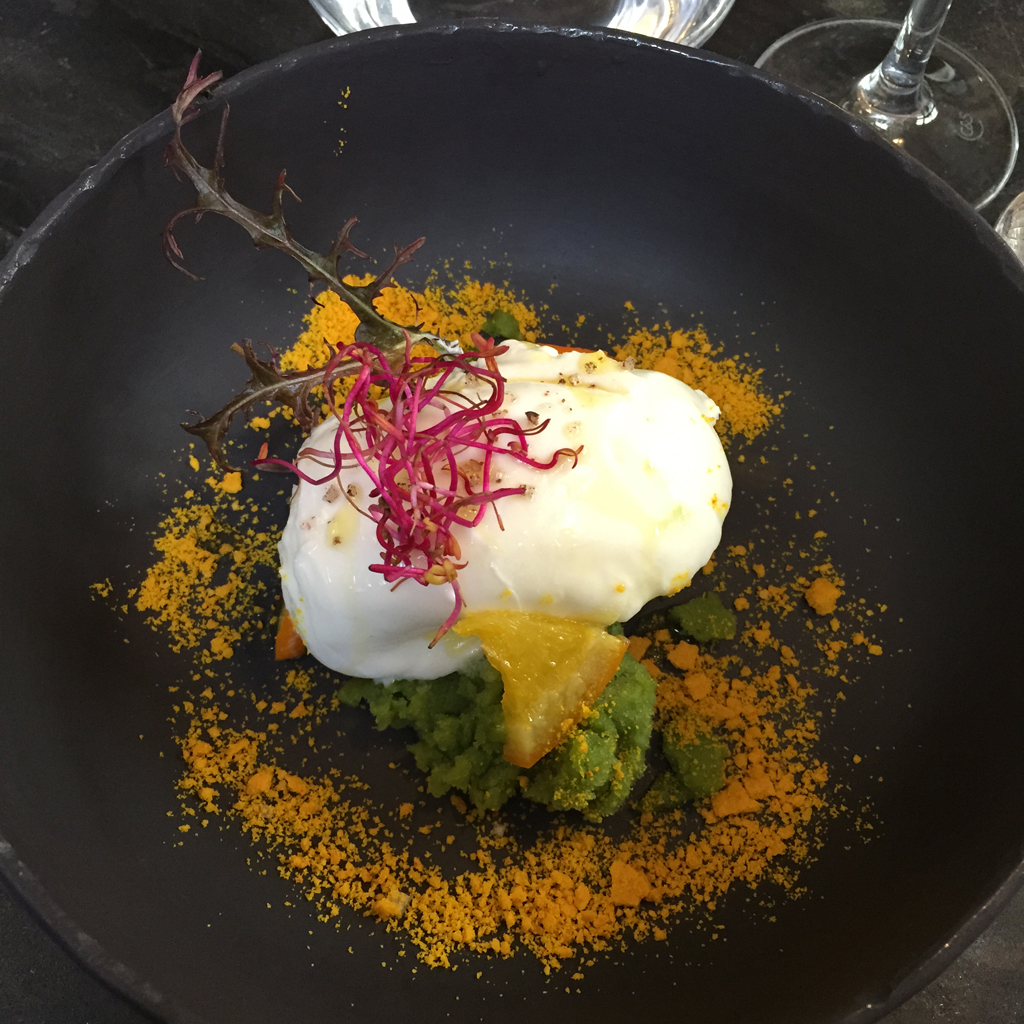 2015: This mouthwatering burrata was accompanied by orange juice crunch and ice cream of garden peas. 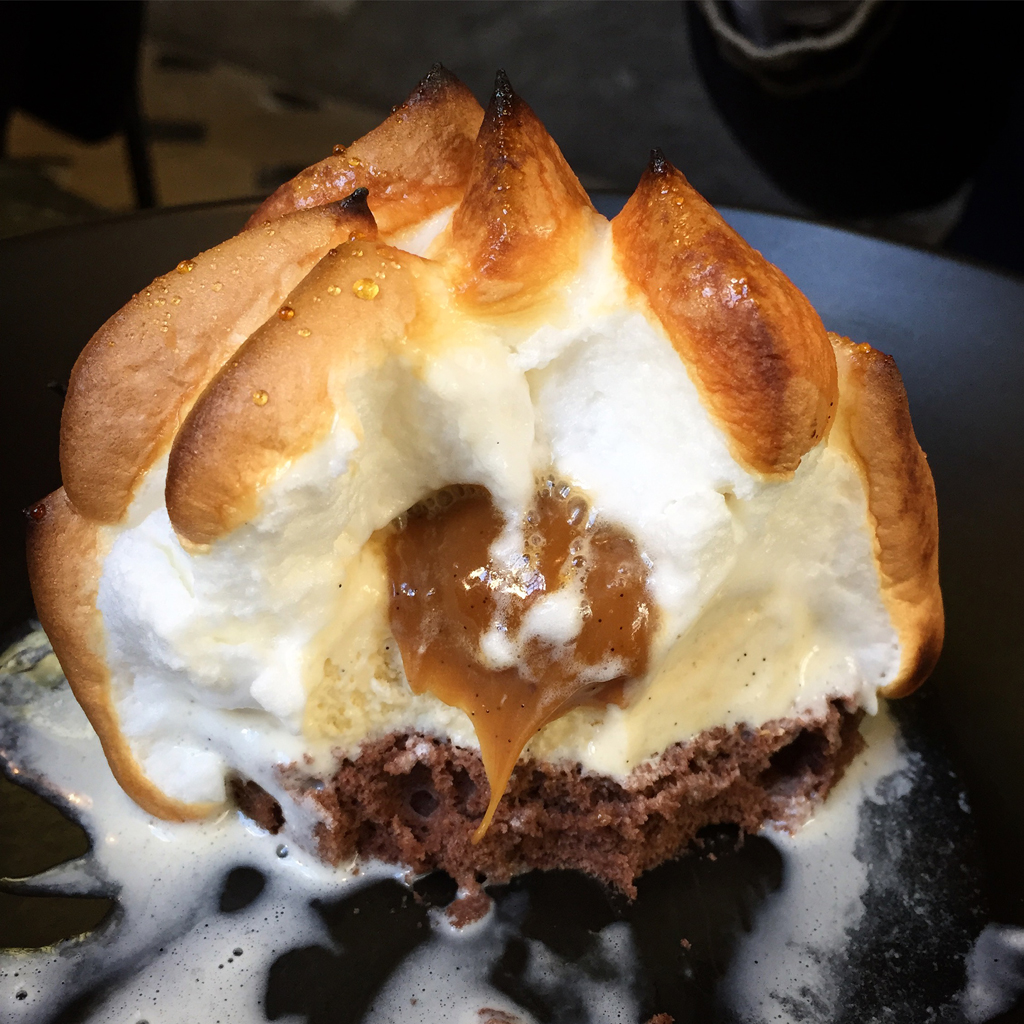 2015: This dish made me wanting to go back: a soft whiskey-flamed meringue filled with salted caramel, vanilla ice and a brownie. 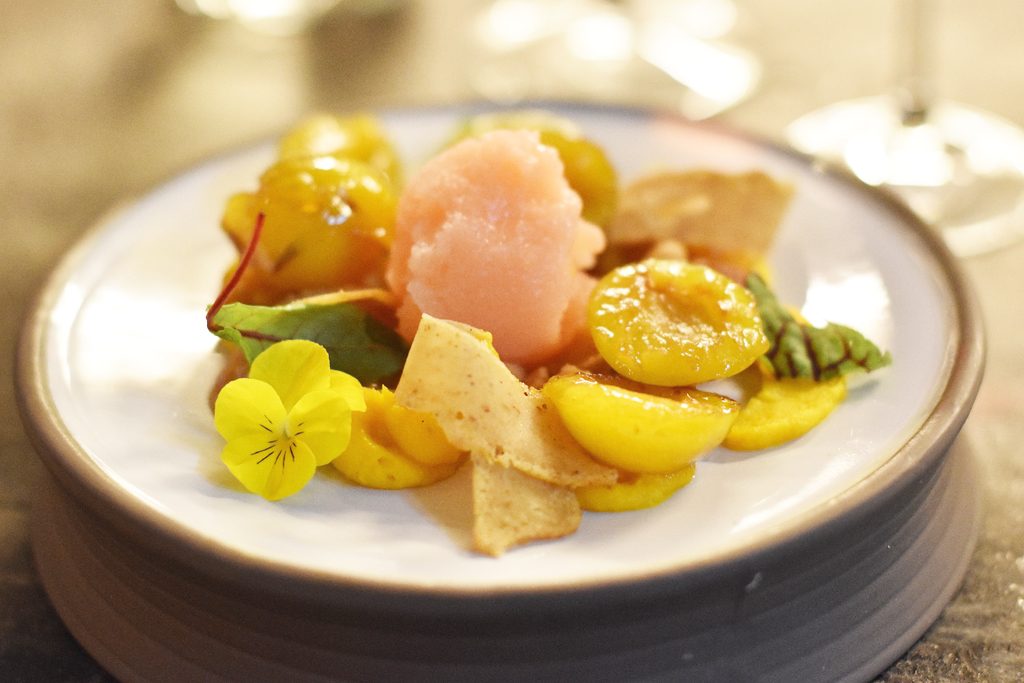 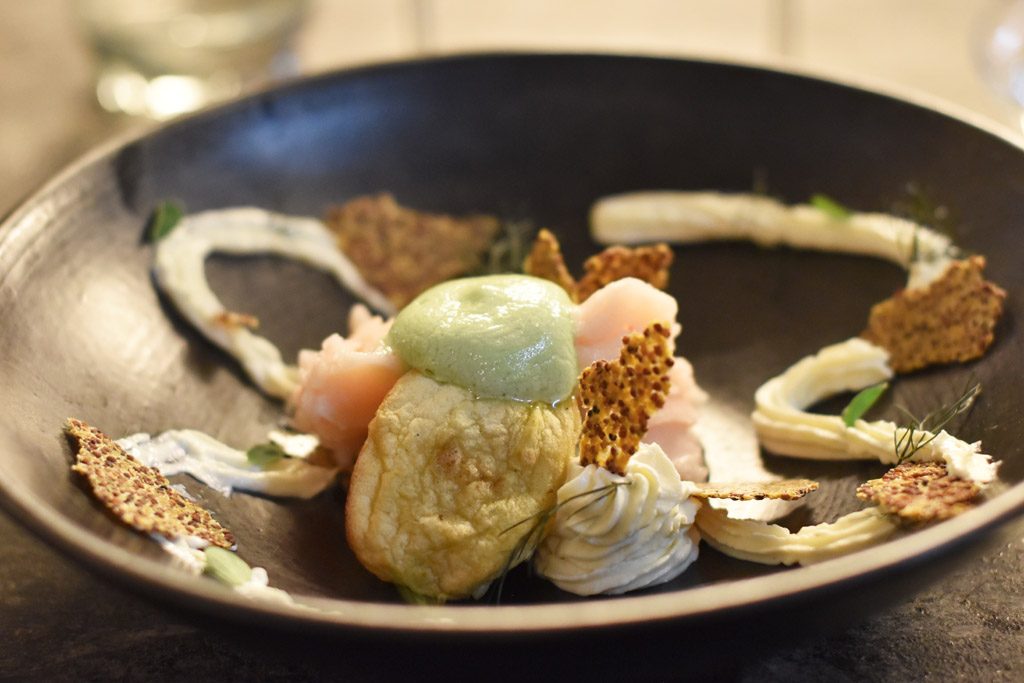 2016: There it is again! The famous whiskey-flamed meringue.

2016: This salted caramel dessert was supposed to be shared with your dinner partner, together with the previous whiskey-flamed dessert. You can imagine, it was hard. 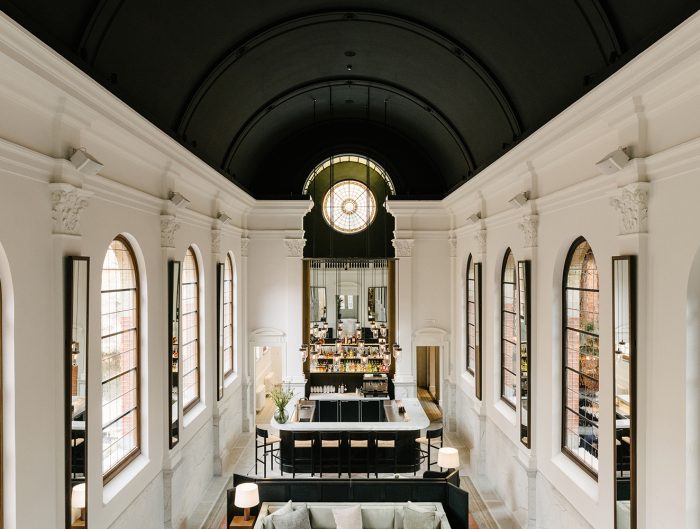 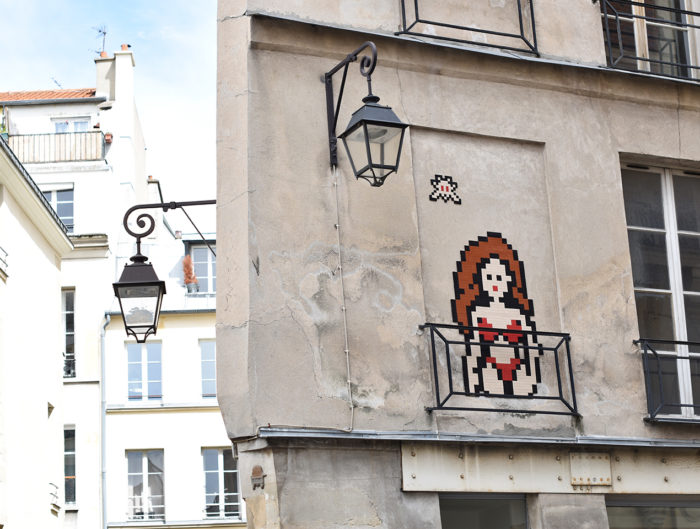 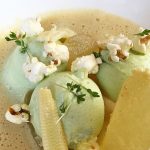